The Spirit with the Wreath on His Head 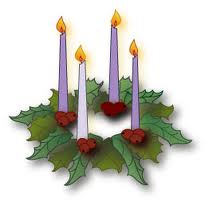 This happens to me all the time. It’s what I do—I’m a medium. So why this one got to me, I don’t really know. But I think the feeling was more “overflow”—joy and wonder—than one of tears or sorrow.

What happened was an everyday occurrence—for me anyway—a mini-reading at a Home Event. The client had about 15 minutes with me, during which time I gave her a lot of info from spirits on the Other Side. One of the images I received was from her son. He showed me a wreath and I thought “Christmas”, but he showed it to me on his head, so I added that maybe it was a laurel wreath? It made me think of St. Lucia. I gestured that this was worn on the head and asked if any of this meant anything. The client wasn’t sure.

Sometimes medium work is like that. I actually never miss, but the clients sometimes do! Really. We call it psychic amnesia, a phenomenon in which the client insists that he’s never heard of this item or symbol or event, only to remember moments or days later that yes, Grandpa did have a double-barrel shotgun over the back door. I have a bunch of stories about that.

But back to my bewreathed man. Several days later, I received a large envelope in the mail. The client had written me a lovely letter, explaining what happened as she reviewed the notes I had given her from her mini-reading. She saw that I had written “wreath – head” and suddenly she got it! She enclosed a copy of a photo of her son, one that is on her refrigerator and seen by her daily, and in it—ta da!—he’s wearing a Christmas wreath on his head.

The client’s story had a lot more to it, such as how the wreath happened to be placed there, and I was so glad to share in her experience. It’s part of what I love about my work, getting to know people and share in their lives.

As I sat there in my car, with the letter and picture in my lap, I started to cry. There weren’t a lot of tears, just some sobbing kind of breaths. I thanked the client’s son for coming through so clearly and in a way that was meaningful to his mother, for allowing me to do this for both of them. And I thanked God/Universe for my gifts.

Then the overflow stopped. It was a very good day.

Post-script:  The client later passed away unexpectedly, and I immediately thought of her son and what I imagined would be their joyous reunion on the Other Side.  This story and another about “Merrill” is also featured in my book Dead On:  Spirited Stories from a Medium’s Diary.