Buttercups from the Beyond 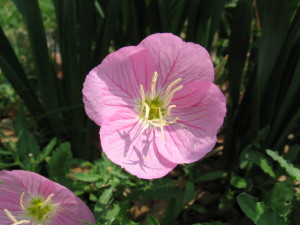 My step-mother, Jean, passed away in January, 2016, after a long illness. My father was her primary care-giver, so her passing, in addition to bringing great sorrow, was a relief, not only to her, but also to my dad and all the family.

In the days following my step-mom’s death, I attempted to contact her. At first, I was just walking to my car and reached out to say a tentative hello. She answered that she would be happy to talk to me later, but she was really busy at the moment. I told my dad and my step-sister. They exchanged a smile and said simultaneously, “Paperwork!”

Later, I had a quiet moment to ask if I could visit with Jean. She showed up in a garden filled with flowers. She wore the pink dress she wore when she married my dad, almost 30 years prior, and she perched gracefully on a swing whose ropes were entwined with spring blossoms. She smiled at me. “Have you met my little boy?” she asked me, gesturing to the six-year-old blond boy standing beside her.

(My step-brother, Ed, passed away in 1995. I believe that six years old must have been her favorite age for Ed. I also believe that she actually died of a broken heart–it just took twenty years to kill her.)

I asked how she was doing and if she had anything for me to relay to my father. She said everything was wonderful and she was really happy there in her garden. Then, she held out a pink evening primrose, known colloquially as a buttercup, which is a pretty little wildflower that grows, along with bluebonnets and a wide array of other blooms, all over Texas in the spring. She pushed it toward me, and I felt like I was watching her on a screen. The buttercup came toward the camera and filled the frame. Jean said, “Be sure to tell your daddy about this. It’s very important.” (She always referred to my dad as “your daddy” when she talked to me.)

I recounted all of this to my dad, who listened enrapt. At the end, I asked, “Does the buttercup mean something to you?” He shook his head. “No. I can’t think of a thing.”

In the last long and dreary months of her life, Jean had directed my dad in constructing a garden in their backyard. He knew nothing about gardens and flowers, but she told him what would look good and how to get it done. She loved flowers. I’ve often sat in that garden with my dad, both before and after Jean’s passing, enjoying the fruits of her designs.

Daddy and I both thought that maybe buttercups would grow in that garden in the spring that followed, and that would be the message from Jean that my dad was craving. Spring came early and flowers bloomed, but no buttercups appeared in Jean’s garden at my dad’s house.

Every once in awhile, I would ask, “Have you seen the buttercup yet?” No, no buttercups yet. And I would assure him again, “Don’t worry. You’ll find it.”

One day in March, Daddy drove up into East Texas to do some work. (Yes, he still works at 80 years old! Drives too!) He was enjoying his “new life”, one unburdened by care-giving in which he was free to work and play and make his way, and he was wise enough to appreciate it without guilt. The bluebonnets, Texas’ token flower, distributed across the state thanks to efforts by our First Lady, Lady Bird Johnson, decades ago, were in full glory. The azaleas were past their peak, but the other wildflowers were making their way amongst the grasses and bluebonnets, as well.

Daddy came to a curve in the highway, and there was a tall embankment in front of him as he approached it, filling his windshield, just as Jean’s buttercup had filled my vision. It was blanketed in wildflowers. He saw how beautiful it was and thought, “This has been painted just for me by the Loving Artist. This is my New Life, full of wonder and opportunity and love.”

And then he saw it. Nestled amongst the bluebonnets, unmistakably and insistently blooming, there grew a two-foot circle of pink blossoms–solid buttercups.