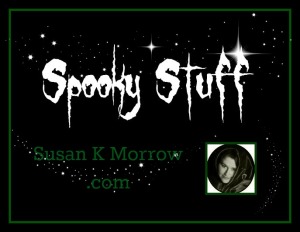 This one comes from one of my Home Events and it was one of those when I wondered if the whole evening was for this one person. Almost every one of the 10 guests had a reading, but one of them, Eve, got a doozie.

Eve is a young woman, in her 20s, and was a stranger to me. Earlier in the day, the hostess had had a private reading with me and the name “Gladys” came up. Didn’t mean anything to her, but she reminded me of it at the Home Event. So I mentioned “Gladys” and two guests raised their hands to say that they had a Gladys in the family. One of them was sitting next to Eve and I focused on her first.

“Now that I say ‘Gladys’, I am getting ‘gladiolas’. Does that flower mean anything to you? I am also getting little angels.” I held up my fingers to indicate small angel figures. No, that guest didn’t get those references.

The other Gladys-related guest spoke up. She had an angel reference, but the reading didn’t go anywhere from there… Suddenly, I got the famous image of Gov. Ann Richards in the white leather jacket, sitting on a motorcycle, that was featured on the cover of Texas Monthly some years back.

I said, “I don’t know if this is someone in your family with a reference to this, or if it’s actually Ann Richards, but this is what I am seeing.”

Finally, Eve spoke up. “Okay, I have to say something,” she said hesitantly. “Gladiolas were my grandmother’s favorite flower, she always wore an angel pin, and she had a leather jacket. One time, we were in Luckenbach, and she sat on a motorcycle and said, ‘Look at me!’ She was just like that.”

Now I knew we were onto something. Eve’s grandmother had been trying to come through all day! At that point, her images started flooding in. I had never had such clear communication with a spirit before. Grandmother showed me every material thing she had left to Eve, how many people had split her belongings, even the lace curtains that were in her bedroom that she would have preferred to keep in the family.

One of the more touching moments was when I told Eve that she had something lacy, like a veil, that had belonged to her grandmother that Eve would wear in her wedding. Eve confirmed that her mother has the grandmother’s veil and wore it in her wedding and someday, Eve would too.

The information was coming in so fast I could hardly keep up. And Eve was overwhelmed. Finally, she said through copious tears, “We have to stop. I can’t handle this!” Her grandmother had a few more things before we did finish, and Eve made it through.

As it turned out, Eve had started out as one of the most skeptical people in the room. And she said later that her beloved grandmother had only been gone a year—to the date!