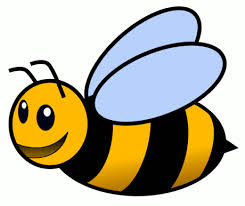 This was a really exciting moment in my career as a medium: my first physical manifestation. Now, I am not saying that a spirit made itself visible to the audience—although I doubt that can be far behind—but a spirit did do something physical that could not be missed by anyone in the room, especially her grandson, who wanted so much to believe she was really there.

I was working a Home Event, which I love doing, and we had about 12 attentive guests. One gentleman, Fred, had a lot of questions as I began the group reading. I usually spend some time explaining the process and helping the guests know what to expect. Fred was particularly inquisitive, which was great from my perspective, because I got a much better opportunity to lecture on spirituality. I usually only get to do that in a spirituality seminar, so I welcomed his questions.

I only learned much later that Fred was a pretty hard-core skeptic.  As I worked through the spirits who wanted my attention, I found that Fred’s wife had a young male energy coming through from the Other Side. He showed me himself leaning on a rail fence, dressed in what I would call “kicker” clothes: skinny jeans, cowboy boots, Western-style shirt. Fred’s wife said, “Maybe that’s my uncle, but he was about 10 when he died. I never met him.”

I explained that it didn’t matter—he was still part of her family history and he certainly knew her, his niece. I asked if the image would fit, if there were horses where this boy lived. Fred’s wife confirmed that, yes, the boy lived on a large working farm.

We then turned to the boy’s mother, Fred’s wife’s grandmother. We talked to her quite a bit. She showed me her kitchen, as is typical with grandmothers, most of whom spent a lot of time there, and then she showed me myself—or herself looking like me. I was confused and asked if she had looked like me. Fred’s wife said, “Actually, yes, she did look like you.”

Then we had another grandmother, Fred’s grandmother. She also seemed to look like me, which Fred confirmed and added that his aunt also did. Well, the two grandmothers, the aunt, and then my grandmother seemed to be kaffee-klatsching and even formed a little chorus line! They were very happy to be included in the event. I found this pretty amusing. I talked about Fred’s grandmother some more.

All evening, as I was working, I had been standing in front of the TV and a small table, which was laden with knick-knacks. I was wearing a long, gathered skirt, adorned with sequins and embroidery. (No, it was very pretty! Really!) At one point, as I swayed and moved back and forth, my skirt knocked off a little, light-weight cardboard box. I didn’t even look at it as I picked it up and put it back on the table.

Now that I was talking to Fred’s grandmother, I said something about her, to which Fred’s wife responded, “That sounds like Bea, like something she would say.”

Fred said, “That was my grandmother’s name.”

Just then, one of the other guests exclaimed, “There’s a bee on your skirt!”

Someone walked up and pulled a little box-top off my skirt. It was the box I had knocked off earlier. The top of it had gotten attached to some of the sequins. And this little box was painted to look like a bumble bee!

Grandma Bea had made absolutely sure that Fred could not miss her, could not doubt that she was there. At the break, Fred came up to me and shyly asked if he could give me a hug.