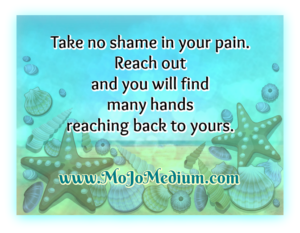 Take no shame in your pain.

Reach out and you will find many hands reaching back to yours. 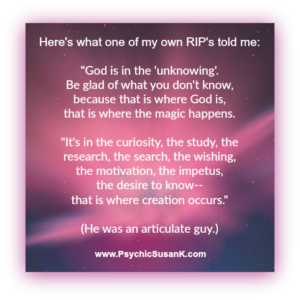 “It’s in the curiosity,
the study,
the research,
the search,
the wishing,
the motivation,
the impetus,
the desire to know
—-that is where creation occurs.”

A dear family friend passed away recently. He was the patriarch of a family that I grew up with, even though they lived in another state. The night before I was to leave town for his funeral, I asked him how he was doing in Heaven. He came forward willingly and we chatted a little. Then he gave me this quote. He stayed with me until I memorized it. Then I went to sleep.

In the morning, I wrote it down and posted it on Facebook. I sent it personally via text to a family member, who was moved to tears by it, because it meant something very personal to him. So I had to make a meme of it. 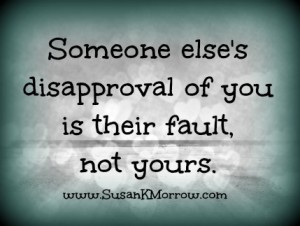 Received from one of my very own RIPs:

“Someone else’s disapproval of you is their fault, not yours.”

Other people were not put on this earth to give or withhold their approval of you. And you were not put here to earn their approval. Anyone who doesn’t “approve” of you in any way is only showing their own colors, drab and ugly as they may be.

It can be hard to ignore someone’s disapproval, especially those closest to you. Oh, sure, it’s pretty easy not to care if a stranger looks askance at your tattoo or outright tells you she disapproves of what you just said to your child. Those fall into the “joke ’em if they can’t take a f**k” category. Roll your eyes and move along.

But when it’s your family members or other close loved ones, disapproval can sting. Still, it comes down to this: no matter how much you might desire your loved one’s approval, that approval (or disapproval) has nothing to do with you. It is only that person trying to manipulate you into making him/herself feel better. (And they don’t know that their happiness is up to them, not you! Go figure!)

And who wants to be manipulated into doing someone else’s bidding? Show of hands? None? How about that?

I can’t even count the number of times I have described the third chakra to a client in these words: “Your opinion of you is the only one that needs to matter to you.”

You may never get the approval you so dearly long for from your dad, your mom, your grandma… But it doesn’t matter, because their disapproval is their own fault. They conjured it up and spit it out as they chose to do. Go on and do your thing, baby. Not that you need it, but you’ve got my approval.

When you love someone, acceptance is often more important than understanding. 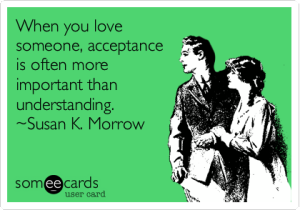 You are NOT “enough”.  You are PLENTY.  Never settle for less than plenty. 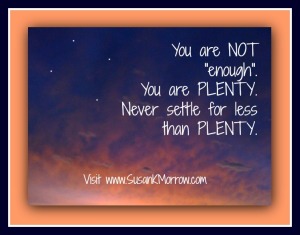 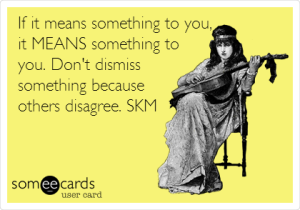