The Secret Truth About Heaven That Will Shock You 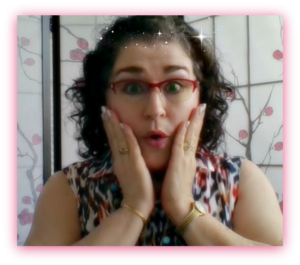 This “Revelation” may not make me very popular with some people. But I feel it’s important to share. So here goes.

I talk to lots of dead people.

Into the thousands now, after well over ten years in the business of being a psychic medium.

My clients want to know: Is my loved one all right? Is he mad at me? Is she sorry for what she did? Is he happy? What does she do in Heaven? What is Heaven really like? (Click here for a little info on that last question.)

First of all, I assure you, your RIP (loved one who has passed away) is definitely all right, okay, happy, fine and dandy, carefree, out of pain, and all around copacetic.

Some of the answers I get from RIPs are similar to the answers from others. For example, many heavenly folks tell me some variation of “Heaven was everything I hoped it would be.” Many answers vary widely, such as the former police officer, whose answer to his wife’s question about what he did in Heaven was, “You’re not going to like this–I ride motorcycles.” (I assured my client that, in spite of her not wanting him to do that in life, he was perfectly safe in doing so.)

One lady announced joyfully, “I get to teach like I always wanted to!” Some have indicated that they take classes. One of my best friends in Heaven went to “special ops” training (he was in the military in life), and usually appears to be helping other souls in Heaven do whatever they need to do, along with guiding some living people, myself included. One woman, whose son died young, showed me her son beside her in Heaven, and asked me, “Have you met my little boy?”

Many people seem to “hang out” with others who have passed, often just one person with whom they had a connection of some kind in life. I see many mother/daughter duos, as well as husband/wife, brother/sister, etc. Sometimes, they are in groups of three, but I seldom see large groups of souls hanging out. Still, I’m often told they “play bridge” or “play golf” or other activities that would seem to involve others, so I can’t tell you for sure about the size of groups.

One man told me that he was surprised that Heaven wasn’t “more churchy”. He apparently expected streets paved with gold and constant worship of God, which is not what he discovered. He wasn’t disappointed–on the contrary, he was delighted by Heaven–but he was surprised, because he had been a devout Christian all his life.

Which brings me to this shocking revelation. Are you ready for it?

No one in Heaven, not one RIP, has ever said one word to me about God, Jesus, Mother Mary, the Holy Spirit, Buddha, Muhammad, Moses, Abraham, saints, prophets, Roman gods, pagan gods, or any other entity associated with a religion. Ever.*

Now. You might argue that because I, Susan, am not religious, the RIPs wouldn’t mention it to me. But what if their living loved ones are religious? Many of my clients are. In fact, I would say a majority at least believe in God. Wouldn’t their RIPs use me as a medium to give them religious information? That’s what a medium does–passes on information. I don’t have anything to do with what the Heavenly Ones say to their living loved ones. And for those clients who are religious, don’t you think they would be comforted and awed by learning that their RIP was holding hands with Jesus or meeting with God every day?

Also, I was raised Christian (half Presbyterian, half Baptist, if you’re counting), and am very well-versed in Christianity and the Bible. Why not tell me about it?

As of this writing, a friend’s wife is dying of cancer. For weeks now, her Facebook page has been flooded with prayers and mentions of God, Jesus, “Our Lord and Heavenly Father”, etc. Of course. I would never discourage any of that. I know the people who posted these things are giving love to the dying woman in their very best and most loving words. And I know she appreciated it tremendously while she was still conscious, and probably now that she isn’t. Prayer is very powerful, whether there is a Jesus or not.

I also feel that religion has its place and that believers are perfectly right to believe. I have my own beliefs and hope that they are respected.

I have offered up prayers myself, as is my wont, although I don’t feel that I am praying to the “church God”, rather to the love and source energy of the universe. It’s an energy, not a being.

So what does this mean? Is there no God? No Jesus? No Moses?

I’ll refer you to this message I channeled some time ago, when a client asked who her angels and guides were. There was a mention of an archangel or saint, and this is germane:

“You mentioned that you think of the archangel because of being born on that celebration day. He is a human creation, although there is nothing wrong with the idea of him. His energy, as believed by human beings, exists, just not quite as people make him to be. He is not a person with wings! For example.”

And that is the answer I can offer as explanation – the energy of each entity exists, but that energy is not human. It is energetic in nature, and maybe it’s something we cannot yet fully understand.

Now. Comment away. What do you think? How do you feel?

*(There do seem to be helper spirits, that I call angels, but that is another topic for another day.)