Foretelling the Future: Why or Why Not? 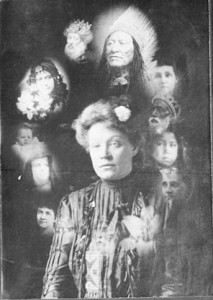 I am irritated with a few of my fellow psychics. I have read on some psychics’ websites that they “don’t predict the future”. They might cite their idea that the future isn’t written or cast in stone. Most recently, I read an article in which the psychic medium said she doesn’t predict the future, “because it messes people up in nasty ways.”

What? How does it mess you up to be prepared for what’s coming down the pike?

And why does this irritate me? Because, if you don’t predict the future, you can’t call yourself a psychic. Really. That’s my feeling about it: “Psychic” MEANS “able to see the future”, fer cryin’ out loud.

And where is the fun in saying the future isn’t written? Yes, I know, Doc Brown told us the same thing in “Back to the Future III”. God, I love those movies. Well, not the second one so much… Anyway, predicting the future–accurately–is what being a psychic is all about. It’s what we want to know! We’re curious! We can’t wait to find out!

When I was a kid, I was fascinated with TV shows like “Bewitched” and “I Dream of Jeannie”. They were more about magic than fortune-telling, but isn’t fortune-telling magic too? I loved to read books about anything to do with magic, fairies, and psychics. I still do. “Medium” was one of my favorite TV shows. Oddly enough, I had started writing my novel about a similar topic shortly before that show came out. And I have read the real Allison duBois’s books about her real-life crime-solving and, yes, future-seeing.

If a psychic says she “doesn’t predict the future” for whatever reason, I really would not go to her. I WANT to know about my future. Don’t you?

Now. A simple caveat: I specialize in good news. If I have to tell you something you don’t like, such as, “you’re not going to get that job you applied for”, I will at least have some good news to back it up, such as, “but your boss is going to quit and you’re getting promoted!” Additionally, I usually do not receive information that would be considered “bad news”, unless there is something you can do about it. For example, let’s say that your future includes a heart attack. Well, if that is your destiny and you are supposed to have that heart attack (live or die), then I probably will not get that information about you. BUT, if you are supposed to prevent that heart attack, THEN I can tell you, “You need to see your doctor right away about your heart.” See how that works? See how useful it can be to find out the future?

Can I tell you when you are going to die? No. Even if I receive that information, which I usually do not, or if I go looking for it, I am not allowed to tell you when you or anyone else will die. It’s a matter of ethics. I mean, what if I say, “You’re going to die when you’re 57”, and you spend the next however-many years of your life waiting for that axe to fall? It isn’t right. And I won’t do it.

Other than those, there are no accidents. You would not wind up in front of me if you were not supposed to get the info I give you.

So… IS the future cast in stone?

The jury is still out on that one. And I have been studying it for years. But I CAN tell you with conviction that there are SOME events that are cast in stone, written, pre-ordained, or destined. How do I know this? Because I have accurately predicted so many events, and how can I predict them if they are not meant-to-be?

Uh-huh. I know. Heavy-duty. I’ll let you think about it.