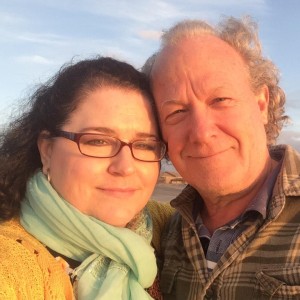 …And a wonderful time was had by all.

I rarely get to travel, but this year has been an exception. In May, I was treated to a trip to Paris with my mom. “Wow” is an understatement, of course. In June, I got to drive over to Alabama with my sweetheart to spend a few days with my family at the beach. Such a lovely time and so great to be with loved ones whom I don’t see nearly enough.

Well. This most recent trip was the best treat of all, because I got to spend time with my precious grandson, Rex Danger. Along with my daughter, Madeline, and her husband, Jason, of course.

Rex was born last spring in Okinawa, Japan, where his parents had been living for two and a half years. My son-in-law is a U.S. Marine and was stationed there. I had only seen him and my daughter once in their time there, a brief visit they made to the States over two years ago. Needless to say, getting to visit with any of them would be a treat, but to join the whole family, well, I was blissed out.

My younger daughter, “Auntie Mimi”, joined me on the trip and we were both blissed out the whole four days we were there!

First day of the trip: Disneyland! We had not been to our favorite place in the world, Walt Disney World in Florida, since 2008, so this was another major treat for us. Rex’s parents had already been to the parks several times, so they knew their way around and how to handle everything with the baby in tow.

On the second day, Madeline drove us around Oceanside and Carlsbad, two dainty, pintoresque seaside towns near their home on the military base. My daughters are both huge bibliophiles, so we were delighted to find an independent bookstore to prowl around in. We’re also mermaid-o-philes, so the Mermaids shop in Carlsbad thrilled us too. (Yes, we had lunch with Ariel at Disney the day before. Ooh-la-la!)

More fun–we were able to meet up with my sweetheart’s son, who also lives out there with his wife. I hope that they and my daughter’s family will become friends, not only because “we old folks” are together, but also because they are awesome people who ought to have awesome friends!

Mimi and I hated to leave, but were certainly happy to get home to our respective kitties. And I to my respective sweetie.