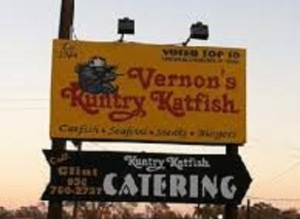 My mother received her bachelor’s degree from the University of North Texas. Actually, in the ‘50’s, when she attended, I believe it was still North Texas State University. But it is important to this story to remember the former and its initials “UNT”.

When I was about five or six years old, my sister and her best friend, Sally, who would have been about nine, played with a cassette recorder that our father had. Or was it a reel-to-reel? No, it was a cassette recorder. In 1968. My dad has always loved new-fangled gadgets. Peggy and Sally created a make-believe radio station and recorded their broadcasts. They knew enough to know that radio stations had four call letters (okay, some had three), but apparently were unaware that stations east of the Mississippi began with “W” and those west of the Mississippi began with “K”. Thus, the four call letters they chose for their station were “BURP”. They recorded a liner in which they sang, “Bee-You-Are-Peeee!” Then Sally, who could burp on command, would let out an impressive belch into the microphone and sing, “’Scuse meeeeee.”

Some weeks later, slung comfortably between my parents in the front seat of the car, I felt compelled to share my sister’s brilliance. I don’t remember where we were going or why Peggy wasn’t with us, but I remember gleefully singing the liner, “Bee-You-Are-Peeee!” The folks were satisfactorily amused. And Daddy smiled to Mother, over my head, “Remember that radio station when you were in college? K-U-N-T?”

He must’ve forgotten that I was old enough to spell. “Kunt?” I queried at the top of my little voice. “What’s ‘kunt’?”

Silence from the parentals. They were looking at each other above my head, Mother seeming to shoot daggers at Daddy and Daddy looking sheepish and unsure.

Finally, Mother leaned down and whispered in my ear, “It is a not-very-nice word for ‘vagina’.”

“Ohhhhh,” I responded with my great knowledge and awareness. I knew what “vagina” meant. Mother had sat me down not long before, to share Dr. Spock Talks to Five- to Eight-Year-Olds. Old Doc Benjamin had laid it out plain. Oh, sure, there was nothing in there about feelings or love or dating or teasing or recreational sex, but the basics were covered. Mother believed in teaching us the right words and the science at an early age.

We continued along the road, my parents no doubt relieved that that was over and praying that I would immediately forget the whole thing. Which I did not. Of course. Could not.

I know the folks were excited to see a restaurant sign blaring the cute moniker, “Kuntry Kitchen”, especially when I blurted out, “That sign has a bad word!”

Half a dozen or so years later, in seventh grade, I read the book Jaws by Peter Benchley, yes, the one made even more popular by the movie of the same name. Cindy Rose and Ceci and Tommy had all read it and recommended it. Jaws is an adult novel and has its share of sex in it. Naturally, that was what compelled us all to read it. (It’s actually a very good read, if you haven’t read it. I do recommend it. And not just for the dirty parts. “You’re gonna need a bigger boat.”)

Tommy, who was prone to such scandalous talk, actually mentioned the word “cunt” as being part of the prose. I piped up, “Yeah, but they misspelled it.”

Tommy looked at me quizzically. “No, they didn’t,” he informed me. He didn’t scoff, which was an exception for Tommy, but said it matter-of-fact.

I scrolled back through my databanks… Why did I think it was spelled with a “K”?